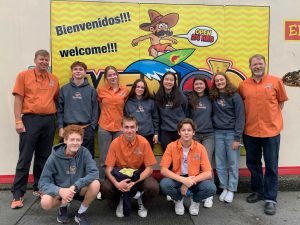 We’re an FTC team based in Seattle, Washington. We’ve competed with FIRST since 2013, when we began as two FLL teams and later merged into the Chickenados back in 2017. Ever since, we’ve shared our passion for robotics and FIRST with each other and our community through outreach and competitions.

We participate in a program called FTC. FIRST Tech Challenge (FTC), formerly known as FIRST Vex Challenge, is a robotics competition for students in grades 7–12 to compete head to head, by designing, building, and programming a robot to compete in an alliance format against other teams. To learn more about FTC, please visit: www.firstinspires.org/robotics/ftc